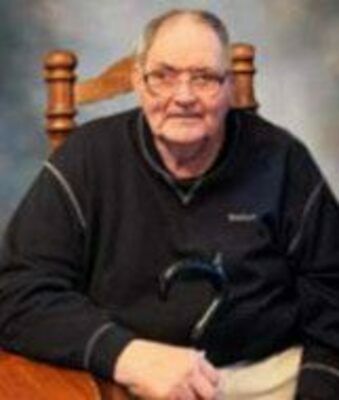 Arnold Thomas Kjosness, Jr. (aka A.T. Kjosness) was born in Limon, Colo. on December 21,1936 and passed away in his sleep on January 9, 2023. A.T. was the second son of Arnold T. and Irma L. (Kelser) Kjosness. He attended Prairie View one-room schoolhouse through eighth grade. He traveled to school everyday by riding a horse or walking country roads. In 1950, A.T. was confirmed and joined the Walks Camp Lutheran Church north of Genoa in 1950. He attended Limon High School and graduated in 1954. While in school (1952), he was chosen “Youth of the Week” by the Record Stockman and a member of the Lincoln County Livestock Judging Team that won first place at state and represented Colorado at the International Livestock Show in Chicago, Ill. In January of 1955, he was drafted into the U.S. Army. In 1957, he was honorably discharged due to an optic tumor that was removed but left him blind in his right eye for the remainder of his life. For a brief time, he attended Colorado State University in Ft. Collins before having the brain tumor removed by doctors from Walter Reed. After surgery, he lived and worked as a rancher/farmer north of Genoa, Colo. when he met and married Wilma Whelden in April of 1962. In this union, three children were born. A.T. was a member of the Lincoln County Stockman Association for over 40 years and the Colorado Cattlemen’s Association for 30 years. He served on both of their boards; two years as Vice President and two years as President. Throughout his lifetime, he raised registered Shorthorn cattle. Some of his cattle were shown by others at the National Western Stock Show.

LADY PIRATES WIN ONE, LOSE ONE DURING LAST WEEK...