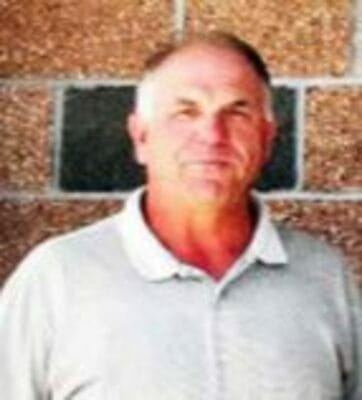 Gary Alan Weibert died December 7, 2022, as a result of injuries sustained in a single-vehicle accident on I-70. He was born July 13, 1952, the youngest child of Emanuel and Lea (Schmidt) Weibert. Gary’s early years were spent in Gill, Hoyt and Limon. He earned a football scholarship to the University of Oklahoma, and later transferred to the University of Northern Colorado, where he also played football. After college, Gary came home to farm and raise cattle with his family north of Wiggins. Gary took his first off-farm job in the gas and oil industry in the mid-2000s, which became an over 15-year career doing pipeline right-of-way work for various companies. He also enjoyed umpiring and refereeing, from Little League to college-level. Gary had recently retired and relocated north of Burlington. Gary was preceded in death by his parents and his brother-in-law, Ken Freienmuth. He is survived by his children, Ashley Weibert and Brandon “Bud” Weibert (Kristin); his grandson, Braden Weibert; his sisters, Sheila Weibert (Bill Hood) and Shirley Freienmuth; his nephew, Eric Freienmuth (Lena) and their children, Sonora and Gar; and his niece, Megan Petko (Brian) and their children, Grant and Tad. A celebration of life will be scheduled at a later date. Please consider donating blood in memory of Gary. He donated gallons of blood throughout his life. The final gift Gary gave in this life was that of tissue donation. Please also consider donating the gift of life and hope. For more information, please visit donoralliance.org

GENOA-HUGO’S GIRLS WIN ONE & LOSE ONE IN WEEKEN...